Protect yourself from negative energies with the Tourmaline bracelet. Useful stone in many fields of life, discover them ..

Always carry the Natural benefits of Tourmaline with you thanks to these beautiful unisex bracelets,
therefore suitable for both women and men, from young to old


The name derives from the Sinhalese turamali , which means "mixture of colors" and was used for those gems whose identity the Ceylon stone merchants had doubts, precisely because of the enormous variety of tourmaline available in nature and their similarity to other types of minerals.


The black tourmaline is a complex basic borosilicate of aluminum
and belongs to a group of minerals that take on different colors (orange, pink, red, purple, blue, yellow, green, brown and black) depending on the chemical composition, but which however have a constant structure. It is common in pegmatitic or sedimentary rocks, with a very elongated prismatic shape with vertical streaks.
The black tourmaline is endowed with pyroelectricity (it is charged with electricity if it heats up and then cools down) and piezoelectricity (it charges with electricity when subjected to pressure) and is resistant to acids

- Effect on the body of Tourmaline -

- Effect on the psyche of Tourmaline -

- How to use Tourmaline -

The tourmaline can be discharged after use under running water.
To obtain visible effects on the physical and spiritual level, it is advisable to carry the stone with you in the hand left in moments of particular tension to release nervousness or place it on the sacrum , on the knees or feet . Its action is fast and effective and does not need to be used for long periods.
It is useful for those who work at the computer or from to keep next to the television to shield from the effects harmful to electromagnetic fields.


The bracelets will be shipped in an elegant bag 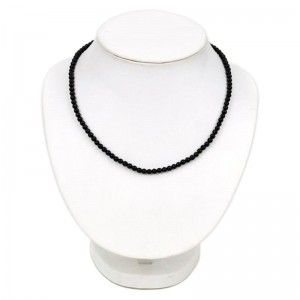 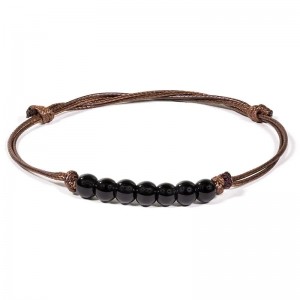 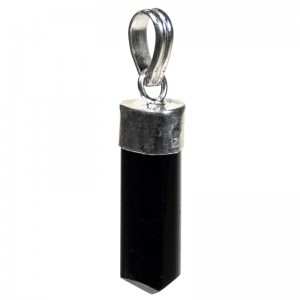